(CNN)Florida police raided the home of a former state coronavirus data scientist on Monday, escalating a feud between the state government and a data expert who has accused officials of trying to cover up the extent of the pandemic.The Florida Department of Law Enforcement executed a search warrant Monday morning at the home of data scientist Rebekah Jones, who was fired by the state Department of Health in May. The agency is investigating whether Jones accessed a state government messaging system without authorization to urge employees to speak out about coronavirus deaths, according to an affidavit by an agent working on the case.Jones told CNN that she hadn’t improperly accessed any state messaging system and that she lost access to her government computer accounts after she was removed from her position.About 10 officers with guns drawn showed up to her Tallahassee home around 8:30 a.m., Jones said. A video taken from a camera in her house, which she posted on social media, showed an officer pointing a gun up a stairwell as Jones told him her two children were upstairs. Jones said that the officer was pointing his gun at her 2-year-old daughter, 11-year-old son and her husband, who she said were in the stairwell, although the video doesn’t make that clear. 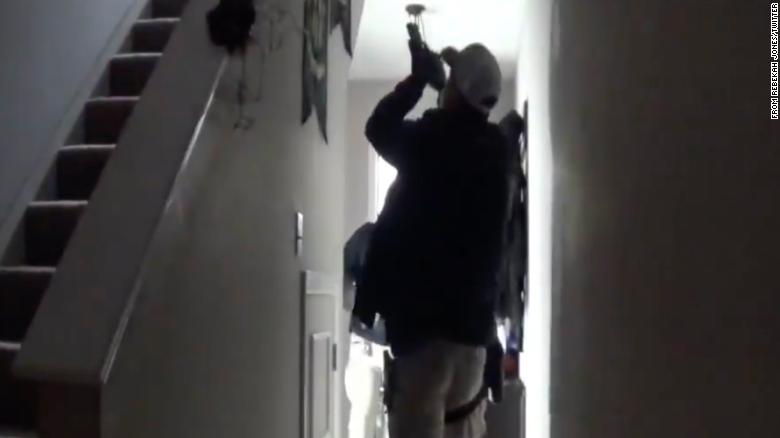